“We are thrilled to be recognized with a CES Innovation Award for the second consecutive year,” said Dave Foulkes, Brunswick Corporation CEO. “The Mercury 600hp V12 Verado is the most innovative and highest performing outboard engine in the world and reduces environmental impact by offering outstanding fuel efficiency and quietness, and this award is a testament to the world-class Mercury team. Our disciplined, design-thinking approach to developing new products and the execution of our ACES strategy continues to elevate the future of boating.”

“It is an incredible honor for Mercury Marine to win another CES Innovation Award, one of the premier innovation awards in the world,” said Chris Drees, Mercury Marine president. “We are looking forward to showcasing two of these award-winning engines in the Brunswick exhibit at CES 2022, giving attendees from around the world the opportunity to witness what many are calling the most innovative engine in the marine industry and the most powerful outboard we have ever built.”

The CES Innovation Awards program, owned and produced by the Consumer Technology Association (CTA)®, is an annual competition honoring outstanding design and engineering in consumer technology products across 28 product categories. An elite panel of industry expert judges, including members of the media, designers, engineers and more, reviewed submissions based on innovation, engineering and functionality, aesthetic, and design.

The CES 2022 Innovation Awards Honorees, including product descriptions and photos, can be found at https://ces.tech/Innovation-Awards/Honorees/2022/Honorees/M/Mercury-Marine-s-new-V12-outboard-engine.aspx 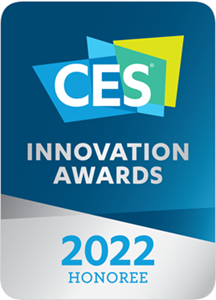