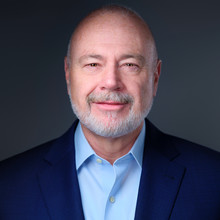 In that most recent position, Mr. Foulkes had responsibility for the Brunswick Boat Group, NAUTIC-ON, Brunswick Marine Services, the Brunswick i-JET Innovation Lab at the University of Illinois Research Park, and Brunswick's Advanced Design Methods.

Mr. Foulkes joined Brunswick in 2007 and for ten years he was head of product development at Mercury Marine, during which time he led the development of Mercury's line-up of market-leading outboard engines, including the recently introduced V-6 and V-8 outboard engines and advanced vessel controls, as well as the new MerCruiser gasoline and diesel inboard/sterndrive engines.

Since 2012, Mr. Foulkes also has had responsibility for Mercury Racing, and for the past five years worked closely with the Mercury Racing leadership team to significantly grow the business and introduce an unprecedented range of new high-performance Racing outboard and sterndrive products.

In his role as Brunswick’s CTO, Mr. Foulkes has overseen the launch of NAUTIC-ON and Brunswick's i-JET Innovation Lab at the University of Illinois. He also championed the effort to form Brunswick's joint-venture with TechNexus to develop a portfolio of investments in start-up companies, and a separate effort to introduce a new Design Thinking initiative to the Company.

Previously, Mr. Foulkes had spent 18 years with Ford Motor Company in a series of assignments of progressing responsibilities. He previously had also worked with Shell Exploration and the Ministry of Defense, both in the United Kingdom. He has a bachelor’s degree in aeronautics and a master’s degree in structural and fluid mechanics from Imperial College in London. 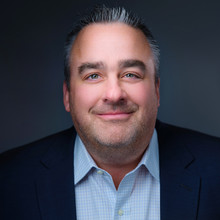 Ryan M. Gwillim serves as executive vice president and chief financial officer, a position he has held since June 2020. He most recently was vice president – finance and treasurer, assuming those duties in June 2019.  Since September 2017, Mr. Gwillim had been vice president – investor relations.

Mr. Gwillim joined Brunswick’s legal team as corporate counsel in 2011 and became assistant general counsel – corporate and securities, where he was responsible for the Company’s SEC compliance and financial reporting processes, a year later. He was named associate general counsel - international in 2015.

Mr. Gwillim, who is also a certified public accountant, attended the University of Illinois, where he received both his bachelor’s and master’s degrees in accounting as well as his law degree. Before joining Brunswick, Mr. Gwillim was with Baker & McKenzie in Chicago as an associate in their corporate and securities practice group. 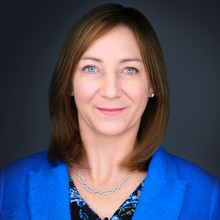 Aine L. Denari serves as executive vice president and president of the Brunswick Boat Group, a position she has held since October 2020.

Ms. Denari joined Brunswick after spending 20 years in a variety of executive positions within the automotive industry, and in leadership positions at major global consulting firms. From 2014-2020, Ms. Denari worked at ZF  AG in a variety of roles, including the final 3 years as SVP leading the ADAS (advanced driver assist systems) business, a $1B+ segment within Global Electronics. In her current role, she is responsible for the largest boat portfolio in the recreational marine industry with many of the leading U.S. and international brands. 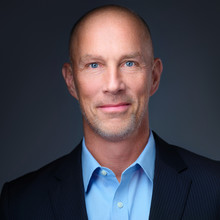 Brett A. Dibkey serves as executive vice president and president of the Navico Group, a position he has held since January 2020.

Mr. Dibkey joined Brunswick following 12 years at Whirlpool Corporation where he was most recently vice president and general manager, Business Units, Brand Marketing, eCommerce and IoT. At Whirlpool, he had business responsibility for the company’s parts and accessories business along with full P&L responsibilities for a portfolio of strategic, high-growth businesses. In addition, he served as the head of brand marketing across the company’s brand portfolio. Prior to his career at Whirlpool, he worked in a variety of business development and strategic planning roles for Pfizer and Crowe Horwath, LLP.

Mr. Dibkey graduated from Butler University with a degree in finance and accounting and earned his Master of Business Administration from the Kellogg School of Management, Northwestern University. 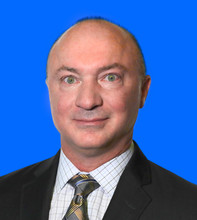 Chris D. Drees serves as executive vice president and president of Mercury Marine, based in Fond du Lac, Wisconsin, a position he has held since April 2019. He most recently was president of marine parts and accessories, having assumed that role in 2018.

Mr. Drees joined Mercury Marine in 1998, and during his first eight years held a variety of positions within the Company, including roles in purchasing, sales and marketing, and as general manager of the Mercury propeller business. From 2006 through 2014, Mr. Drees led Mercury’s Attwood operations, first as the chief operating officer and then as president. In 2014, Mr. Drees was promoted to vice president - Mercury global operations, before moving to marine parts and accessories four years later.

Mr. Drees earned a bachelor’s degree in business management from the University of Wisconsin-Eau Claire, and a Master of Business Administration from Marquette University. Mr. Drees is currently a member of the Board of Directors for the National Marine Manufacturers Association, Wisconsin Manufacturers & Commerce, the National Exchange Bank and Trust, and Keller, Inc. 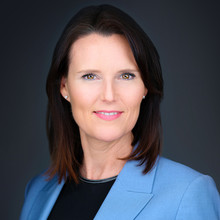 Ms. Preisser leads a portfolio of businesses including Freedom Boat Club - the largest national boat club operation in the industry, financial services, and new ventures such as Boateka, a direct-to-consumer pre-owned boat refurbishment and sales business and All Blue Planet, an enterprise social sustainability initiative to extend recreational water access.  In 2022, Business Acceleration acquired J&R Marine, enhancing its portfolio of boater services with the addition of several marinas and dealerships in the southeast.

Since joining the company in 2004, Ms. Preisser has been in charge of reforming company culture and evolving the business operating model.  She was elected Brunswick’s vice president and chief human resources officer effective March 31, 2016 through December 7, 2021 where she established Brunswick as a Forbes best place to work company. 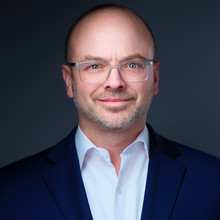 Michael D. Adams was named vice president - chief information officer in October 2020. In this role, he is responsible for leading and overseeing the vision, strategy and operations of Brunswick’s IT organization. In addition, he provides strategic leadership and direction for Brunswick and its business units while delivering technology solutions that will continue to drive innovation and operational excellence throughout the organization.

Prior to joining Brunswick, Mr. Adams spent 15 years at DuPont in various leadership roles in Global Infrastructure and Data Transformation. Adams earned his bachelor’s degree in business administration and Bachelor of Science from William & Mary and his Master of Business Administration, specializing in international business and global management, from Drexel University. 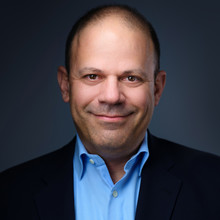 Mr. Altman joined Brunswick in 2003 as senior manager - finance, and later that year was promoted to director of that function.

Mr. Altman has both his bachelor’s degree in accounting and his Master of Business Administration from Michigan State University. 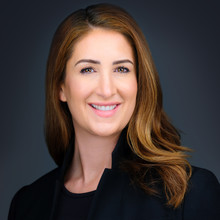 Ms. Beckstedt is most notably recognized for her leadership in digital transformation across a portfolio of 50+ brands, with experience in B2B, B2C and dual-distribution models. She also transformed the Company’s marketing operating model and organizational structure to deliver stronger brand discipline and establish new capabilities in consumer insights, digital product management and marketing analytics.

Ms. Beckstedt joined the Company in 2010 through the former Brunswick division Life Fitness, where she served in several roles of increasing responsibility, including director of marketing and strategy. She later held internal roles within the Company’s talent management and employment brand functions before moving into chief marketing officer roles across Brunswick’s consumer brands and enterprise services.

Ms. Beckstedt holds a bachelor’s degree in journalism from the University of Iowa and a Master of Business Administration from Northwestern University’s Kellogg School of Management. In 2021, she was recognized by Boating Industry Magazine as a “Top 40 Under 40” award recipient and also earned the publication’s “Women Making Waves” award. 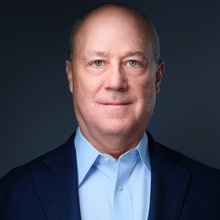 Jeffry K. Behan was named vice president - corporate strategy of Brunswick in May 2015. He has been with the Company since 1991, joining Mercury Marine as a market research analyst.

Mr. Behan held several positions of increasing responsibility at Mercury before becoming general manager of the company’s parts and accessories business unit in 2002, gaining a strong knowledge of its products, channels and consumers. In 2004, he moved to the Brunswick Boat Group where he was responsible for strategy, business planning and acquisitions. Mr. Behan recently added the newly created role of president of Aluminum Commercial Operations. During his time in the Boat Group, he also served as vice president - marine distribution, further strengthening Brunswick’s distribution networks, as well as president of the Bayliner and Trophy boats. 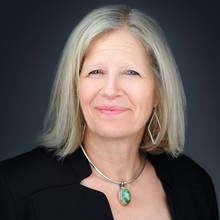 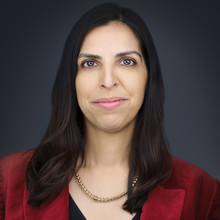 Prior to Brunswick, Ms. Clark spent over 20 years in a variety of leadership positions across industries, including Chief Financial Officer for Lifeway Foods and Chief Financial Officer – North American Food & Consumer Flexibles for Transcontinental (formerly Coveris Packaging). Previous to this, she held finance and leadership roles with Kraft Heinz Co. and Grant Thornton.

Ms. Clark is currently a member of the Board of Directors for MGP Ingredients. She is a Certified Public Accountant and received a bachelor’s degree in Accounting from Indiana University. 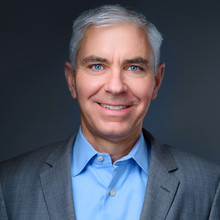 Chris Dekker is Brunswick’s executive vice president, general counsel and chief compliance officer, roles he has held since 2014. He leads the team providing legal services to the Brunswick enterprise, and is also responsible for enterprise ethics, compliance, and environmental, health and safety functions. Since 2021, he has been leading the enterprise sustainability team.

Mr. Dekker also serves as the corporate secretary and works with the company’s board of directors and management regarding securities and governance matters. Before his appointment as general counsel in 2014, he served as associate general counsel responsible for litigation, employment, and compliance matters. He joined the Company in 2010.

Before joining Brunswick, Mr. Dekker was employed in the law department at Caterpillar Inc. beginning in 2001 and served in a variety of roles.  Before joining Caterpillar, he was a partner at the Chicago law firm now known as Dykema Gossett.

Mr. Dekker earned his BA degree in English from the University of Michigan and his JD from DePaul University College of Law. 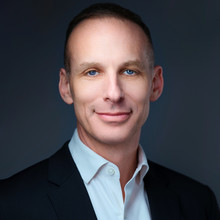 Mr. Gordon joined Brunswick Corporation’s Mercury Marine division in 2014 as director of global public relations. Prior to working at Brunswick, Mr. Gordon had a 15-year career as an Emmy-nominated television news and sports anchor for CBS and FOX as well as a sideline reporter for the NFL on FOX and ESPN Radio. During his career, Mr. Gordon won 25 Associated Press awards while covering some of the world’s biggest events such as Hurricane Katrina, 9/11, and multiple Super Bowls.

Mr. Gordon is a member of the Advisory Board of Directors for Lurie’s Children’s Hospital in Chicago and has a bachelor’s degree in Broadcast Journalism from Illinois State University and a Master of Business Administration from Florida State University. 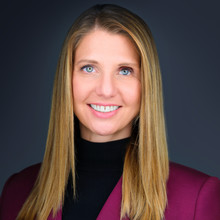 Ms. Wrobel joined Brunswick in December 2020 as vice president, enterprise human resources and transformation leader. In her current role, she has been responsible for leading human resources strategy across the Company and partnering with senior leadership to develop organizational design and talent strategies to enhance Brunswick’s performance and capability. In her new role, Ms. Wrobel will have responsibility for all aspects of the human resource function.

Ms. Wrobel joined the Company after spending eight years in a variety of executive human resources positions within Walgreens Boots Alliance, Inc., most recently as group vice president, global HR business strategy and HR M&A integration, where she played a key leadership role in many of the company’s M&A transactions. Previously, she served in several roles of increasing responsibility with PricewaterhouseCoopers LLP. Wrobel is currently a member of the Board of Directors at the Melanoma Research Foundation.